Disney Kingdoms: Seekers of the Weird

From the critically acclaimed creative team of Brandon Seifert and Karl Moline! Inspired by Disney's legendary but never constructed Museum of the Weird addition to the Haunted Mansion-and created in conjunction with the world-famous Disney Imagineers-Seekers of the Weird is an all-new, five-issue adventure no Disney fan or Marvel fan can miss! 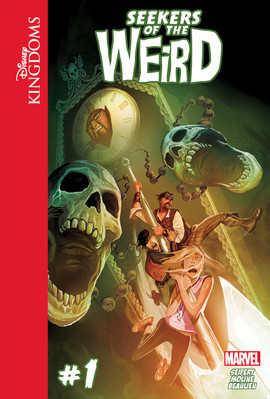 When their parents are abducted, Melody and Maxwell Keep follow their estranged uncle Roland through a portal to the Musuem of the Weird, and are thrust into a dangerous mission to save their While trying to retrieve a set of items needed to rescue their parents, Melody and Maxwell face a variety of the Museum's odd objects, but before they can finish, they're confronted by a… 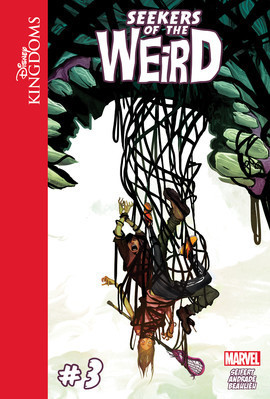 While fleeing from the Museum's wardens, Maxwell and Melody run into a mob of mushroom people, are locked in a glass room, and learn the truth about not only the Coffin Clock, but their destinies. 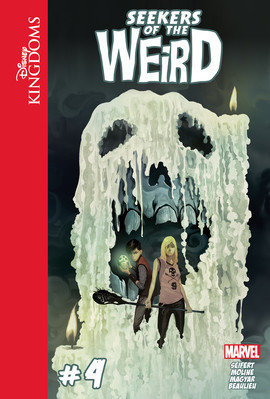 With time running out to summon the Coffin Clock, Maxwell and Melody wonder if they're really rescuing their parents, or bringing about the end of the world. 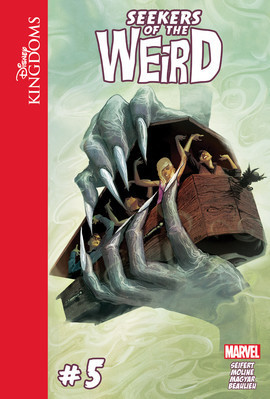 Caught in the middle of a battle between the Museum's wardens and the evil shadow society, Maxwell and Melody have to choose between saving their parents and dooming the world, or dooming…