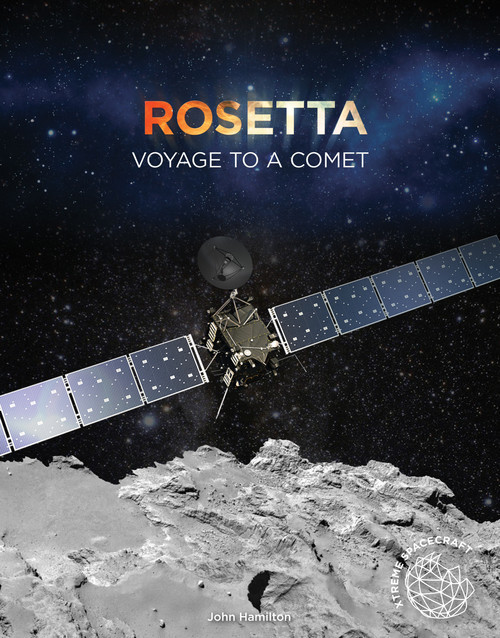 Rosetta: Voyage to a Comet

Simple text and "out-of-this-world" photography introduce readers to the European Space Agency's Rosetta spacecraft, and its mission to study Comet 67P/Churyumov-Gerasimenko. Important details include Rosetta's planning and construction, its launch, its orbit around the comet, the fateful crash of its Philae lander, and the science discoveries of the orbiter. Aligned to Common Core Standards and correlated to state standards. A&D Xtreme is an imprint of Abdo Publishing, a division of ABDO.