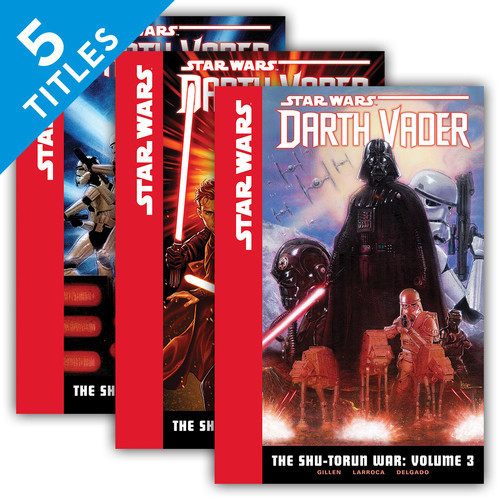 The ore-rich planet of Shu-Torun is rebelling. And there's no way the Empire will stand for that. Darth Vader is tasked with leading a military assault against the planet. Could it be his rise to glory? And who will follow him into battle? It's better to fight alongside Vader than against him, and that's a lesson the Ore Barons are about to learn. Aligned to Common Core Standards and correlated to state standards. Spotlight is a division of ABDO.