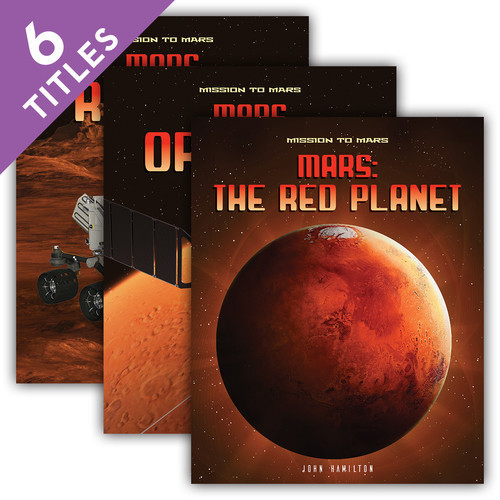 People have been fascinated with Mars since the dawn of civilization. This series will examine the Red Planet's physical characteristics, and how its mythology over centuries has affected popular culture in books and films. All the major spacecraft that have been sent to Mars will be covered, as well as NASA's future plans to send humans to the mysterious planet. Aligned to Common Core Standards and correlated to state standards. Abdo & Daughters is an imprint of Abdo Publishing, a division of ABDO.