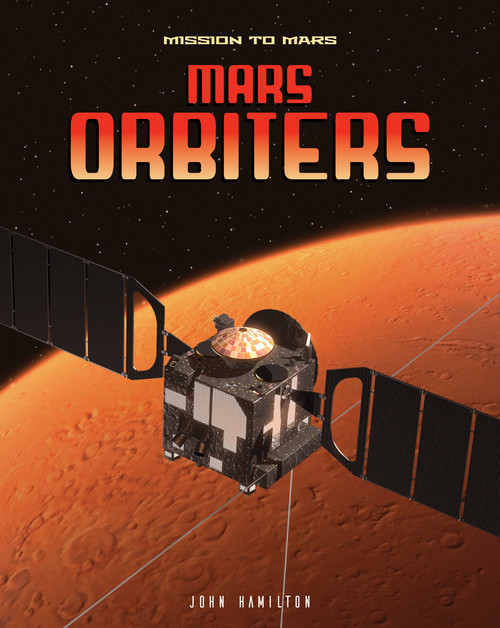 This title features the missions of artificial satellites sent to Mars. Using simple text, maps, and "out-of-this-world" photography, readers learn about the Mariner missions of the 1960s/1970s, plus the U.S. Mars Global Surveyor, Mars Express, Mars Reconnaissance, and others. Also explored are the orbiters of other nations, including Russia, India, and Japan. Planned future missions are also included. Aligned to Common Core Standards and correlated to state standards. Abdo & Daughters is an imprint of Abdo Publishing, a division of ABDO.