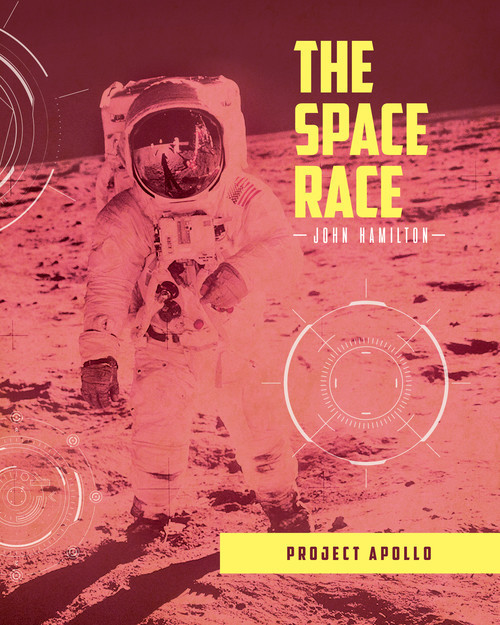 NASA's Apollo program was the most ambitious human spaceflight mission in history, with its goal of safely landing astronauts on the Moon and returning them safely to Earth. This title will follow each mission, from the tragedy of Apollo 1, to the triumph of Apollo 11 and the final Moon landings of the early 1970s. It will also examine the parallel space exploration efforts of the Soviet Union during this period, and its unsuccessful attempt to beat America to the Moon. Aligned to Common Core Standards and correlated to state standards. Abdo & Daughters is an imprint of Abdo Publishing, a division of ABDO.

. . . readers will find themselves immersed in the excitement. Clean, spare layouts help keep readers focused on the books’ content, and historic photos are included on every page, showing the awesome spectacle of space travel and giving faces to the many famous names of that era.