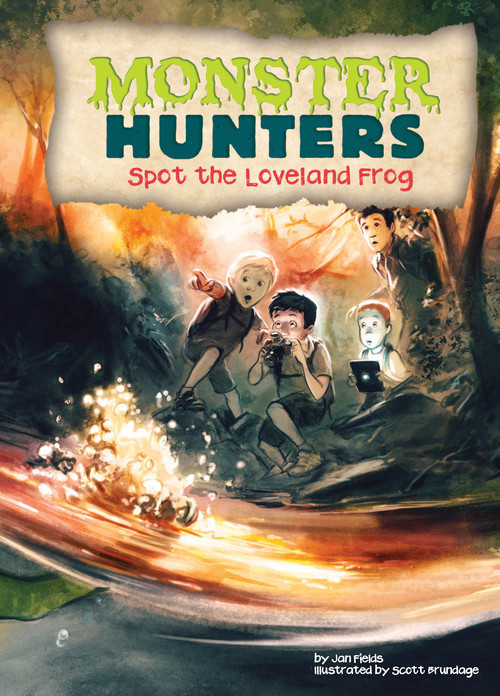 Gabe Brown's brother Ben has his own show on the Internet called Discover Cryptids. Gabe and his friends Tyler and Sean help Ben hunt down these monsters and make sure the show goes on! For this episode, the Monster Hunters travel to Ohio to investigate the Loveland Frog. Ben's friend George is making a film about the creature. George's three sisters are wearing frogman suits in the film. But why are there four frogmen in one scene? Aligned to Common Core standards and correlated to state standards. Calico is an imprint of Magic Wagon, a division of ABDO.