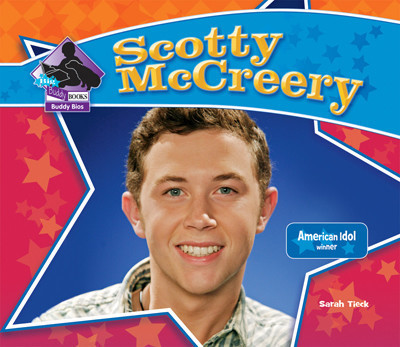 Colorful graphics, oversized photos, and short, engaging sentences draw reluctant readers in to the fascinating life of 2011 American Idol winner Scotty McCreery! This book describes McCreery's childhood in North Carolina, family, education, rise to fame, and future plans. Readers will follow McCreery's budding career, starting with his early talent playing the guitar and singing in his church choir to his audition for American Idol and eventually to the release of his first album, Clear As Day. McCreery's performance on American Idol is described, as well as the process of American Idol and the famous singers who have been discovered on the show. From recording albums to performing live on stage, readers will discover what it's like to be a professional singer! Features include a table of contents, maps, "Did You Know" fun facts, a "Snapshot" page with vital information, a glossary with phonetic spellings, and an index.