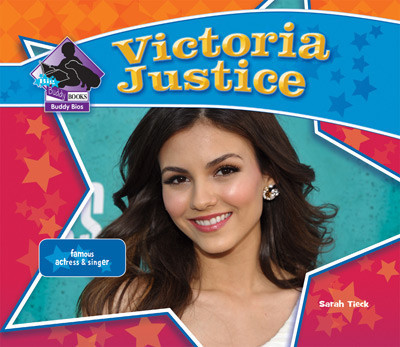 Colorful graphics, oversized photoaders will learn about Justice's family background and her early interest in acting. Justice's role on the popular Nickelodeon show Zoey 101 is discussed, as well as her guest roles on The Naked Brothers Band, iCarly, and True Jackson, VP, leading up to her starring role on Victorious. Also covered is Justice's work as a singer and her more recent roles in movies, such as Fun Size. Features include a table of contents, a map, "Did You Know" fact boxes, a "Snapshot" page with vital information, a glossary with phonetic spellings, and an index.