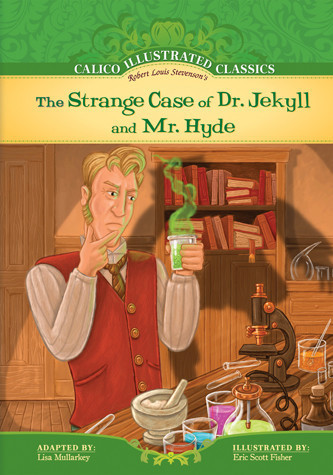 Robert Louis Stevenson's classic horror tale tells the investigation into the life of Dr. Henry Jekyll. As Jekyll's lawyer, Mr. Utterson is in possession of Jekyll's will, which leaves all his possessions to a mysterious Mr. Edward Hyde. As Utterson looks further into the monstrous Mr. Hyde, he learns something horrifying about his friend Jekyll. Discover the fear, courage, and horror retold in the Calico Illustrated Classics adaptation of Stevenson's The Strange Case of Dr. Jekyll and Mr. Hyde.