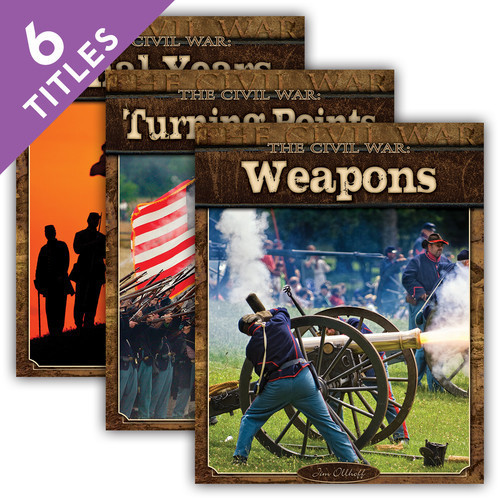 The American Civil War claimed thousands of lives and destroyed countless homes and livelihoods. It also ended slavery and changed the tide of US politics and economy. This series examines the roots of the war, the epic battles and key campaigns, the technology and weapons used, the brave military and political leaders, and the ordinary men and women who lived-and died-during these tumultuous times. Maps, quotes, and historical photos help readers understand the bitter conflict that redefined the face of America forever.