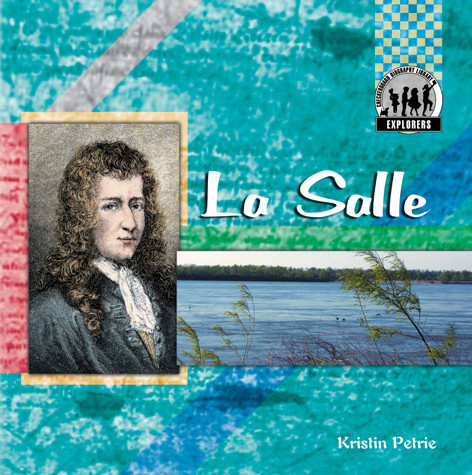 This biography introduces young readers to the life of Frenchman René-Robert Cavalier de La Salle. Readers learn about La Salle's childhood, education, and family life in France as well as his time in New France as a farmer and a fur trader. La Salle's exploration of the Ohio River for New France's governor Daniel de Rémy, Sieur de Courcelles is discussed. Also introduced is Jacques Marquette and Louis Jolliet's exploration of the Mississippi River during La Salle's time. Readers discover that King Louis XIV of France granted La Salle permission to explore western New France. And using a detailed map, readers follow La Salle's path through Lakes Ontario, Erie, Huron, and Michigan; his stops in present-day Green Bay, Wisconsin, and St. Joseph, Michigan; and his trips down the Kankakee, Illinois, and Arkansas rivers to the Gulf of Mexico. The book explains that La Salle was the first European to explore the length of the Mississippi River, he claimed the entire Mississippi River basin for France, and that the United States bought this territory from France in an agreement called the Louisiana Purchase. Full-color photos, an index, a timeline, discussion questions, bold glossary terms, and phonetics accompany easy-to-read text.