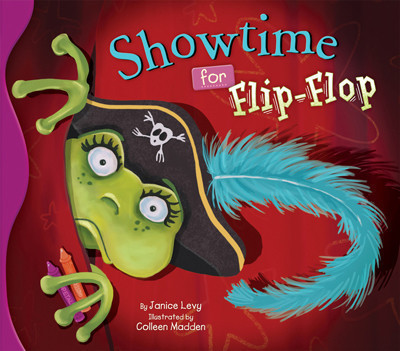 It's time for the class play! Mrs. Hopper, has given FlipFlop the role of Frog Number Three - a croaking part! But, FlipFlop has stage fright, and every rehearsal is a flop. FlipFlop draws exactly how she feels, including having Mrs. Hopper walk the plank and dressed as a witch. When she gets caught, FlipFlop and Mrs. Hopper put their heads together to find a new role for FlipFlop. Will FlipFlop's true talents shine when it's show time?