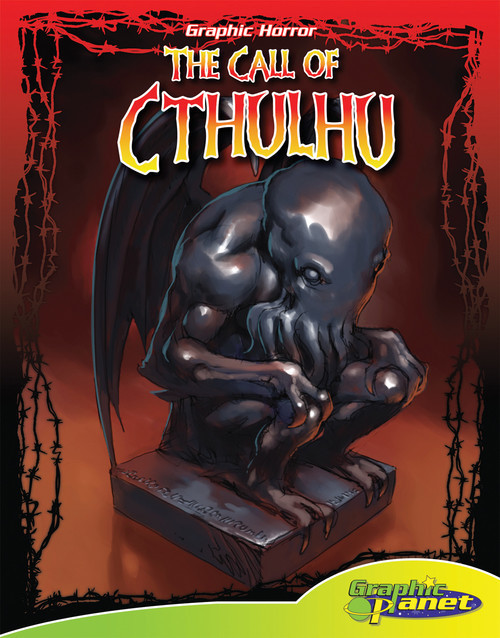 When Francis Wayland Thurston inherited his uncle's personal papers, he discovered a chilling mystery in one of the files. His uncle had interviewed several people around the world who were having strange dreams of a dark city. A voice called to each of them--called them to Cthulhu! This haunting tale is now a striking graphic novel adaptation.

Graphic Planet is an imprint of Magic Wagon, a division of ABDO.

Easy to follow text and colorful pictures bring these chilling tales to life. . . . A great deal of thought went into what text to include to develop the main plot points. Best for middle grades, but high school students who are fans of graphic versions or struggling with the story will find these options appealing. . . . Teachers looking to introduce these stories or reinforce the plot points in each will welcome these titles. Recommended.