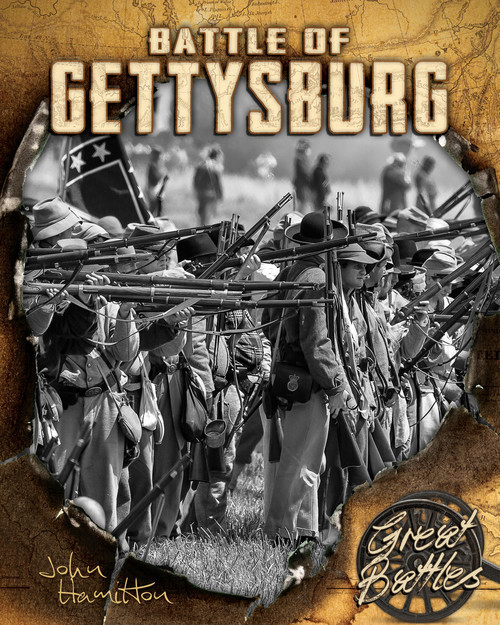 July 1-3, 1863. Find out why these dates will live in infamy in Battle of Gettysburg. Learn what led up to what some consider the American Civil War's most important battle, including Fort Sumter and the secession of the Southern states. Get to know key historical figures, including General Robert E. Lee and his Army of Northern Virginia and Major General George G. Meade and the Union's Army of the Potomac. Additional key figures discussed include Union president Abraham Lincoln, Confederate president Jefferson Davis, and military leaders George Pickett, James Longstreet, and others. Put yourself on this Pennsylvania battlefield as you learn about military strategy and resulting casualties. Learn what weapons and tactics were used, including muskets, rifles, revolvers, swords, bayonets, and cannons, as well as their effective ranges, required ammunition, and effects on strategy. Finally, discover the reasons behind the Rebels' loss, as well as the aftermath of this pivotal conflict, which led to Lee's surrender to Ulysses S. Grant nearly two years later at Appomattox Court House. Black and white and color photographs, illuminating quotations, maps, charts, a glossary, an index, and book links round out this exciting and informative title.