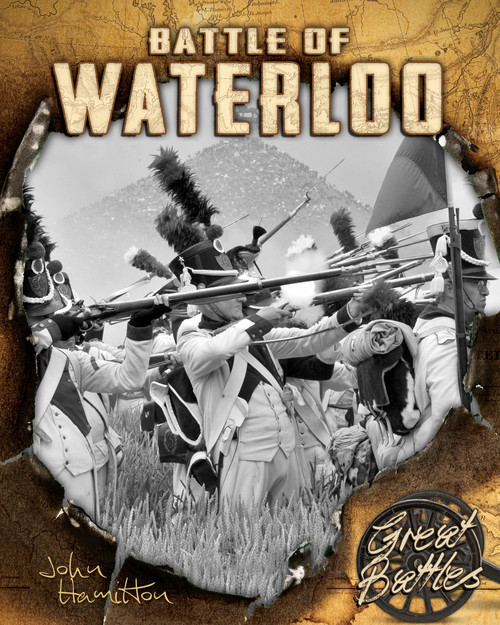 June 18, 1815. Find out why this date will live in infamy in Battle of Waterloo. Get to know key historical figures, including French emperor Napoleon Bonaparte, Commander of the Allies (Britain, the Netherlands, Belgium, and Germany) Arthur Wellesley, Duke of Wellington, and commander of the Prussian army, Gebhard Leberecht von Blücher. Trace Napoleon's life from birth to declaring himself emperor, the Napoleonic Wars, the Treaty of Fontainebleau, and his defeat at Waterloo, which was his final bid for power across Europe. Put yourself on the battlefield as you learn about military strategy and resulting casualties. Learn what weapons and tactics were used, including cavalry, square formations, bayonets, muskets, and cannons. Finally, discover the aftermath of this pivotal conflict, including several decades of peace across Europe. Black and white and color photographs, illuminating quotations, maps, charts, a glossary, an index, and book links round out this exciting and informative title.