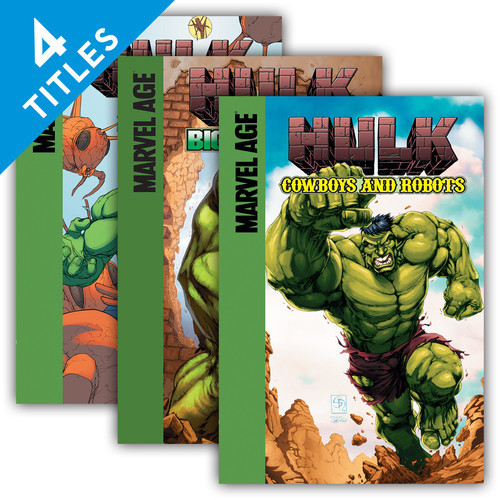 The Green Goliath smashes his way into Marvel Age! Don't make him angry--you wouldn't like him when he's angry. When Bruce Banner loses control, he becomes a VERY different man--the unstoppable creature called the Hulk! He may in fact be the strongest creature there is! Follow Bruce as he travels across America and the Hulk takes on dangerous enemies--including mutated insects, angry aliens, and one of his greatest foes: the Abomination! Bear witness to never before told Hulk adventures in the thrilling Marvel Age manner! As the newest hero of Marvel Age, Hulk is sure to be a smash!