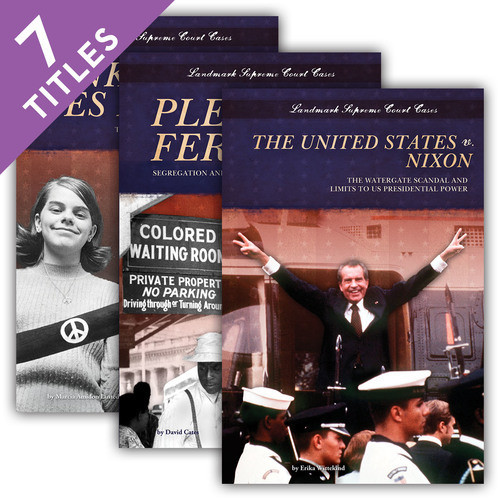 The US Supreme Court is the head of the judicial branch of the federal government. It is the highest court in the land, with jurisdiction over all other courts, both federal and state. More than 7,000 cases are appealed to the Supreme Court each year. But only 100 to 150 are accepted. How does a case reach the US Supreme Court? And what happens when it gets there? The Landmark Supreme Court Cases series examines the court and some of its history-making decisions. Each book in the series investigates a landmark ruling and its compelling backstory, key players, and political climate. Readers will discover the case that shaped the debate about students' free speech, learn which decision declared "separate but equal" facilities constitutional, and explore which ruling protects a criminal suspect's right to remain silent. The decisions the Supreme Court makes change the course of US history and shape the country we live in. Inform your students about how it all happens with the Landmark Supreme Court Cases series.