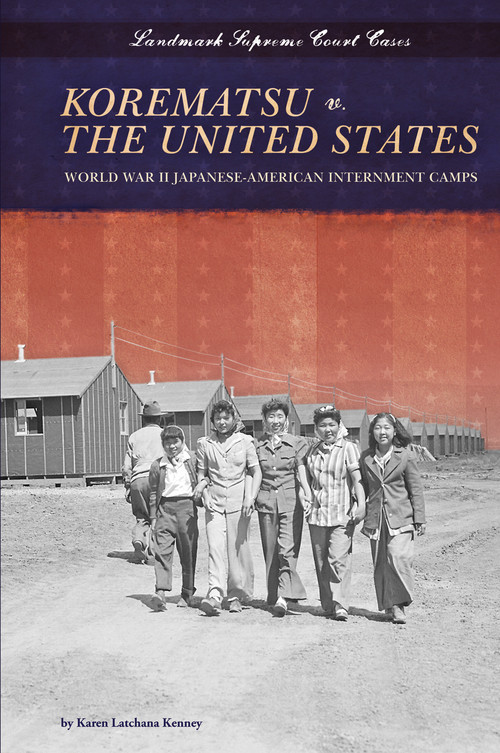 The US Supreme Court is the head of the judicial branch of the federal government. It is the highest court in the land, with thousands of cases appealed to it every year. One of those history-making cases was Korematsu v. The United States, which addressed the internment of Japanese Americans during World War II. Readers will follow this case from beginning to end, including the social and political climates that led up to it and the effects it had after the court made its ruling. Major players and key events are discussed, including Fred Korematsu, Franklin D. Roosevelt, Frank Knox, General DeWitt, Alfonso Zirpoli, Adolphus, St. Sure, Al Wirin, Charles Fahy, Harlan Stone, Mitsuye, Endo, and Marilyn Hall Patel. Compelling chapters and informative sidebars also cover the Fourteenth Amendment, the American Civil Liberties Union, executive orders, Japanese immigration, Russo-Japanese War, World War II, the Japanese American Citizen's League, Issei, Nisei, Executive Order 9066, the Ringle Report, and the Evacuation Claims Act. Korematsu v. The United States forever influenced how we view expansion of governmental power during wartime. This landmark Supreme Court case changed the course of US history and shaped the country we live in.