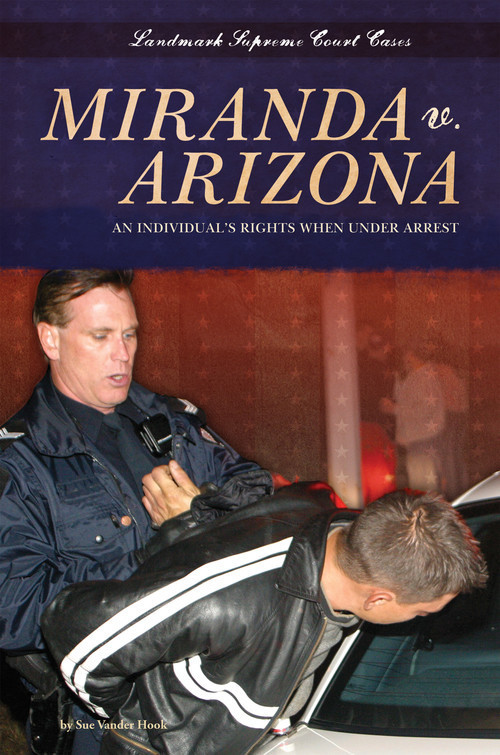 Miranda v. Arizona: An Individual's Rights When under Arrest

The US Supreme Court is the head of the judicial branch of the federal government. It is the highest court in the land, with thousands of cases appealed to it every year. One of those history-making cases was Miranda v. Arizona, which addressed a person's constitutional rights when accused of a crime. Readers will follow this case from beginning to end, including the social and political climates that led up to it and the effects it had after the court made its ruling. Major players and key events are discussed, including Ernesto Miranda and his arrest, confession, trials, and appeals, as well as the Miranda Warning and its current effectiveness. Compelling chapters and informative sidebars also cover James Madison and the Constitution and Bill of Rights, the particulars of the Fifth, Sixth, and Fourteenth amendments, the ACLU, and related court cases including the Scottsboro Boys case, Johnson v. Zerbst, Betts v. Brady, Gideon v. Wainwright, and others. Miranda v. Arizona forever influenced laws on crime and law enforcement procedures. This landmark Supreme Court case changed the course of US history and shaped the country we live in.