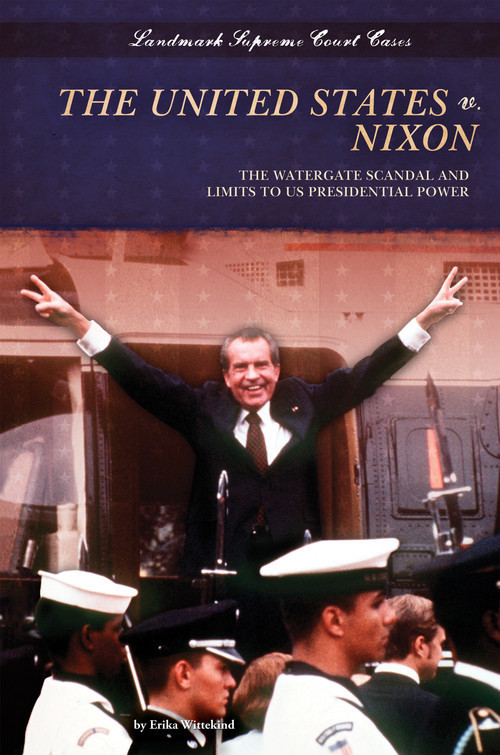 The United States v. Nixon: The Watergate Scandal and Limits to US Presidential Power

Each year, more than 7,000 cases are appealed to the US Supreme Court. But only 100 to 150 are accepted. The decisions the Supreme Court makes change the course of US history and shape the country we live in. This title introduces readers to The United States v. Nixon, a landmark case that addressed the Watergate Scandal and limits to US presidential power. Chapters investigate the court's ruling, including its compelling backstory and appeals process, as well as the political climate at the time due to the Vietnam War and Nixon's reelection campaign. The aftermath of this important decision, including Nixon's impeachment trial and resignation from office are also detailed. Profiles of key players such as President Richard Nixon, Mark Felt aka Deep Throat, and attorneys Leon Jaworski, John St. Clair, and Archibald Cox are included. Sidebars highlight Constitutional amendments and other relevant issues that further readers' understanding of the case's significance.