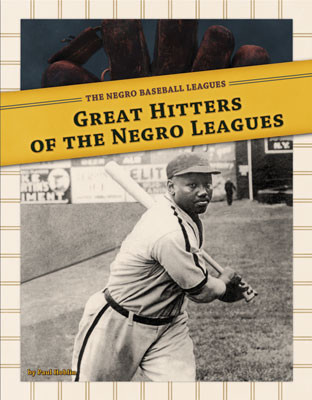 Great Hitters of the Negro Leagues

Great Hitters of the Negro Leagues covers the best batters in black baseball. Step up to the plate for vivid accounts of legendary players such as John Henry Lloyd, Dick Lundy, Willie Wells, Oscar Charleston, Oliver Marcelle, James Bell, Martin Dihigo, Ted Radcliffe, Walter Leonard, Norman Stearnes, Buck O'Neil, Josh Gibson, Raleigh Mackey, and Mule Suttles, as well as the great teams they hit for such as the Homestead Grays, Pittsburg Crawfords, and Kansas City Monarchs. Readers will learn about the players' backgrounds, accomplishments, and rise to fame, and the integration of many of these super sluggers into Major League Baseball.