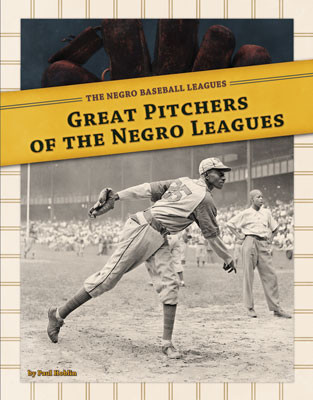 Great Pitchers of the Negro Leagues

Great Pitchers of the Negro Leagues covers the best arms in black baseball. Take the mound for vivid accounts of legendary players such as Satchel Paige, Rube Foster, Topsy Hartsel, Smokey Joe Williams, Chet Brewer, Bullet Joe Rogan, Jose Mendez, Dick Redding, Leon Day, and Hilton Smith, as well as the great teams they threw for such as the Union Giants, American Giants, Lincoln Giants, Dayton Marcos, Homestead Grays, Pittsburg Crawfords, and Kansas City Monarchs. Readers will learn about the players' backgrounds, accomplishments, and rise to fame, and the integration of many of these awesome aces into Major League Baseball.