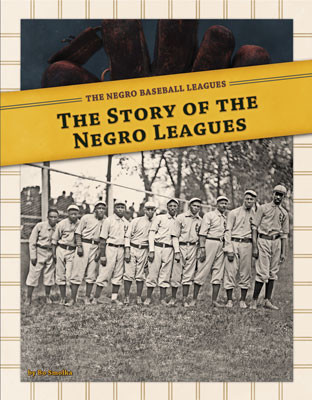 Story of the Negro Leagues

The Story of the Negro Leagues covers the history of the Negro Leagues, their great pitchers and hitters, and the era of integration with Major League Baseball. Readers will learn the history of the Negro leagues beginning with baseball's beginnings with Abner Doubleday, to the first Negro League game between the Henson Base Ball Club and the Weeksville Unknowns. Follow the discrimination that led to the Great Migration that brought Southern blacks north, and visionaries such as Rube Foster and William Greenlee and their creation of the Negro Leagues including the Negro National League, Eastern Colored League, and the Negro American League. Enjoy vivid descriptions of legendary players including the first black player in organized baseball, John Fowler, and Moses Walker, the first black major leaguer. Players such as John O'Neil, Satchel Paige, Jackie Robinson, Willie Mays, Ernie Banks, Roy Campanella, Larry Doby, Junior Gilliam, Minnie Minoso, James Bell, Josh Gibson, George Suttles Martin Dihigo, Connie Johnson, Charlie Grant are also included.

Leading off dramatically with the final two innings of the 1935 East-West All-Star Game, this slender volume offers a brief but informative introduction to the history of Negro League baseball. Smolka discusses the creation of the Negro Leagues, introduces the outstanding players, and describes the difficulties faced by teams traveling through the segregated South. The book’s attractive design features wide-spaced lines of text, restrained use of color, and archival photos of individual players and teams. Make room for this volume from the Negro Baseball Leagues series.