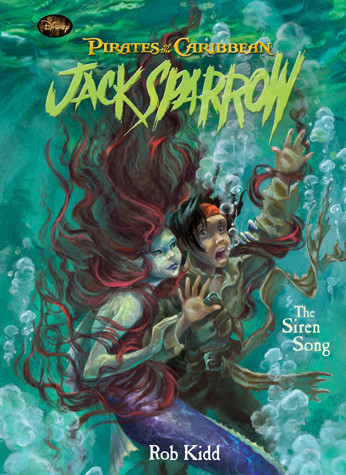 Meet Jack Sparrow and his young pirate friends as they embark on a thrilling journey on the high seas. Their goal: to locate and procure the legendary Sword of Cortés, which will grant them unimaginable power. Captain Jack Sparrow's ship, the Barnacle, and its up-till-now unshakable crew have suddenly fallen under a sinister spell. While continuing their quest for the storied Sword of Cortés, the crew suddenly finds itself entranced by an ethereal song. As a result, each of them attempts to take the Barnacle in a different direction--and away from the Sword's supposed location. Only Jack seems unaffected by the strange song, but can he both subdue his crew and defeat the mysterious force behind the spell? Spotlight is a division of ABDO and features licensed editions of popular fiction printed and bound specifically for the library market. Each Spotlight book is printed on the highest quality paper with reinforced library bindings.