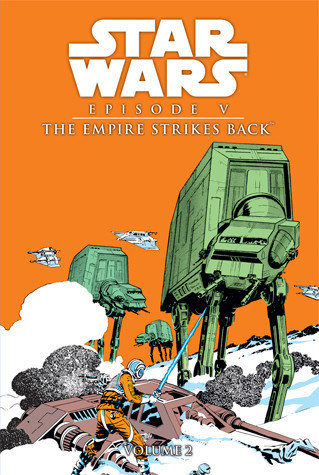 Struggling to keep the Rebellion alive, Princes Leia has set up a new base of operations on the ice planet Hoth, where freedom fighters have already met with dangerous ice monsters. Now detected by an Imperial probe droid sent by Darth Vader, the Rebels prepare to fight just as the first of the Empire's strike force arrives: six Imperial Star Destroyers in the sky, and Imperial Walkers on the ground! Spotlight editions are printed on high-quality paper and with reinforced library bindings specifically printed for the library market. Grades 6-12.