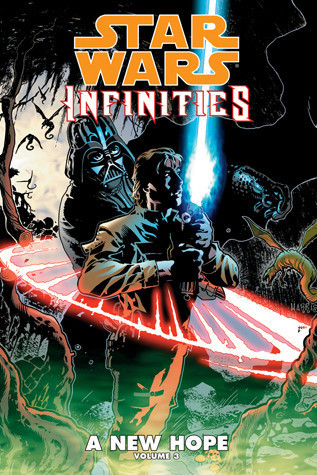 In an altered Star Wars timeline, the Death Star is never destroyed and the Rebellion is seemingly crushed. The Empire's strong presence throughout the galaxy leads to the formation of a new Senate, filled with Imperial puppets. Han Solo and Chewbacca watch in amazement as the newest Senator from the planet Coruscant, the Imperial throneworld, is announced - Leia Organa! Hope springs on Dagobah, as Luke Skywalker nears the completion of his training with Jedi Master Yoda. But can any amount of training prepare him for the combined dark forces of the Emperor, Darth Vader, and Leia, Vader's new apprentice? Spotlight editions are printed on high-quality paper and with reinforced library bindings specifically printed for the library market. Grades 6-12.