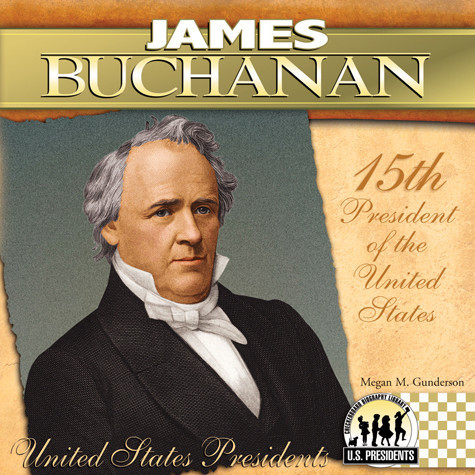 The United States president preserves, protects, and defends the U.S. Constitution. Each president's term influences events in America and around the world for years to come. This biography introduces young readers to the life of James Buchanan, beginning with his childhood in Cove Gap and Mercersburg, Pennsylvania. Information about Buchanan's education at Dickinson College and his early career as a lawyer is discussed. In addition, his family and personal life, as well as his retirement years at Wheatland, during which he supported the Union during the American Civil War and published Mr. Buchanan's Administration on the Eve of the Rebellion, are highlighted. Easy-to-read text details Buchanan's military service during the War of 1812 and his political career in the Pennsylvania House of Representatives, the U.S. House of Representatives, where he served on the House Committee on the Judiciary, as minister to Russia under President Andrew Jackson, in the U.S. Senate, where he served on the Committee on Foreign Relations, as secretary of state under President James K. Polk, during which he negotiated with England over the Oregon territory, tried to prevent the Mexican War, and supported the Wilmot Proviso and the Compromise of 1850, and as minister to Great Britain under President Franklin Pierce, during which he signed the Ostend Manifesto. Finally, students will explore key events from Democratic president Buchanan's administration, including the Dred Scott case, Bleeding Kansas and the Lecompton Constitution, John Brown's raid on Harpers Ferry, and the secession of seven Southern states prior to the beginning of the American Civil War. Beautiful graphics showcase the primary source documents and photographs. A timeline, fast facts, and sidebars help put essential information at students' fingertips. In addition, a quick-reference chart provides easy access to facts about every U.S. president. Checkerboard Library is an imprint of ABDO Publishing Company.