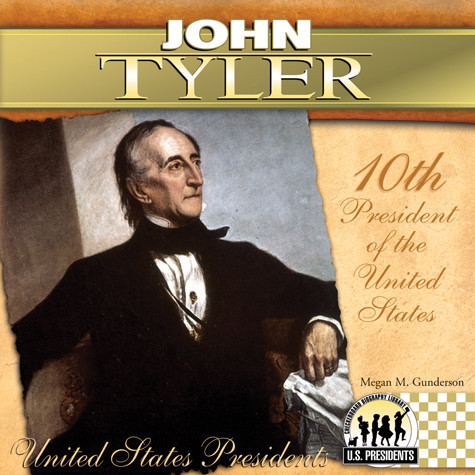 The United States president preserves, protects, and defends the U.S. Constitution. Each president's term influences events in America and around the world for years to come. This biography introduces young readers to the life of John Tyler, beginning with his childhood in Charles City County, Virginia. Information about Tyler's education at the College of William and Mary and his early career as a lawyer is discussed. In addition, his family and personal life, as well as his retirement years in Sherwood Forest, during which he tried to prevent the American Civil War and was then elected to the Confederate House of Representatives, is highlighted. Easy-to-read text details Tyler's military service during the War of 1812 and his political career in the Virginia House of Delegates, as a congressman in the U.S. House of Representatives, where he opposed the Bank of the United States and the Missouri Compromise, as governor of Virginia, in the U.S. Senate, and as vice president under William H. Harrison. Finally, students will explore key events from Whig president Tyler's administration, including his experience as the first vice president to take become president due to the death of a president, his opposition to the Bank of the United States, the end of the Second Seminole War, admitting Florida as a state, annexing Texas, the Webster-Ashburton Treaty, and the Treaty of Wangxia. Beautiful graphics showcase the primary source documents and photographs. A timeline, fast facts, and sidebars help put essential information at students' fingertips. In addition, a quick-reference chart provides easy access to facts about every U.S. president. Checkerboard Library is an imprint of ABDO Publishing Company.