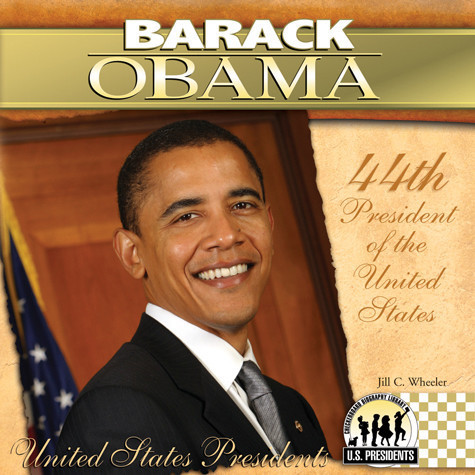 The United States president preserves, protects, and defends the U.S. Constitution. Each president's term influences events in America and around the world for years to come. This biography introduces young readers to the life of Barack Hussein Obama Jr., beginning with his childhood in Hawaii and Indonesia. Information about Obama's education at Occidental College, Columbia University, and Harvard Law School, where he became the first African-American president of the Harvard Law Review, as well as his early career as a community organizer and lawyer in Chicago is discussed. In addition, his family and personal life is highlighted. Easy-to-read text details Obama's political career as an Illinois state senator, where he served on the Public Health and Welfare Committee and helped pass the Earned Income Tax Cut, and the U.S. Senate, where he served on the Foreign Relations Committee, the Veterans Affairs Committee, and the Environment and Public Works Committee and opposed the Iraq War. Finally, students will get a closer look at the 2008 campaign when Democrats Barack Obama and Joe Biden defeated Republicans John McCain and Sarah Palin. Beautiful graphics showcase the primary source documents and photographs. A timeline, fast facts, and sidebars help put essential information at students' fingertips. In addition, a quick-reference chart provides easy access to facts about every U.S. president. Checkerboard Library is an imprint of ABDO Publishing Company.