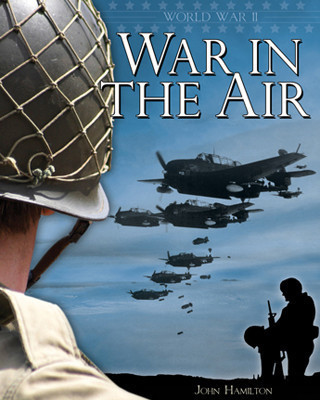 World War II continues to be one of the most significant conflicts in history. In this title, readers will examine the air power strategy used to do battle in the sky. Engaging text introduces readers to the concept of war in the air and strategic bombing. Chapters also cover the air power employed by American, British, German, and Japanese forces. Additionally, readers will explore the role of paratroopers, aircraft carriers, the Tuskegee Airmen and the Memphis Belle as well as the significance of the Battle of Britain and the Doolittle Raid.

. . . excellent additions to any middle school collection. In Leaders and Generals, each leader is depicted in a colorful, full-page layout. Included is a brief biography summarizing what each leader is known for . . . [and] the information would be helpful when conducting research. War in the Air covers equipment and strategies regarding air power, discussing everything from aircraft carriers to paratroopers. The photos of the aircraft are vividly detailed, each depicting its country of origin. This series would be ideal for a classroom or school library. Recommended