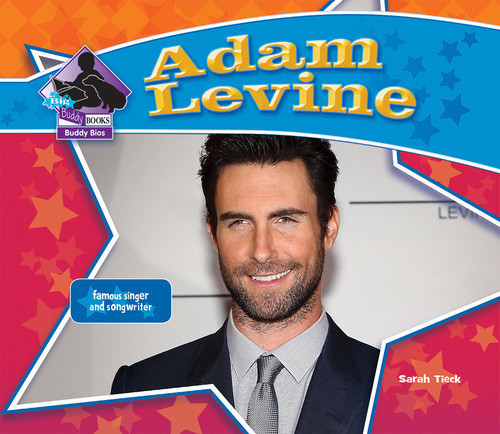 Colorful graphics, oversized photographs, and short, engaging sentences draw readers in to the fascinating life of famous singer and songwriter Adam Levine! Readers will follow Levine's journey, from his family background and youth in Los Angeles, to the formation of the band Kara's Flowers, evolving into Maroon 5 and making lead singer Levine a household name. Maroon 5's albums are discussed, including Songs About Jane, It Won't Be Soon Before Long, Hands All Over, and Overexposed, as well as their Grammy wins. Also discussed is Levine's work on the popular show The Voice and his role on American Horror Story, as well as his hobbies off stage, including yoga and charity work. Features include table of contents, map, fact boxes, facts page with Levine's vital information, glossary, and index.