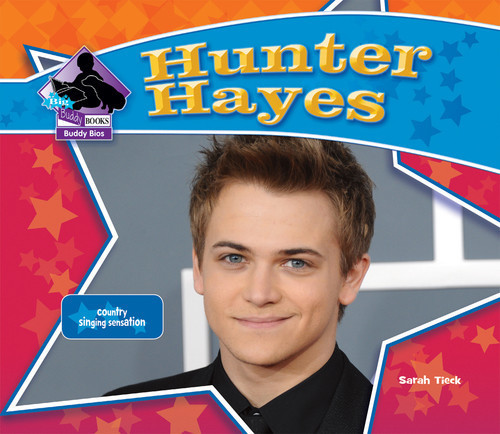 Colorful graphics, oversized photographs, and short, engaging sentences draw readers in to the fascinating life of country singing sensation Hunter Hayes! Readers will learn about Hayes's family background, youth in Louisiana, and early musical talent and drive. Readers will follow Hayes's journey, from his early albums Through My Eyes, Make a Wish, and Songs About Nothing to his first major album, Hunter Hayes, including his hit song "Wanted." Also discussed are Hayes's 2013 album, Hunter Hayes (Encore), as well as his musical awards and charity work. Features include table of contents, map, fact boxes, facts page with Hayes's vital information, glossary with phonetic spellings, and index.