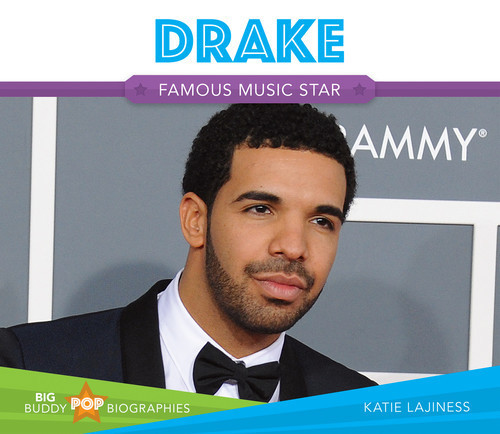 Meet famous music star Drake! In this engaging title, readers will follow Drake's career from his role on Degrassi: The Next Generation to his move into music and first album Thank Me Later to four American Music Awards and three Grammy Awards! Drake's charitable work is also featured. Table of contents, map, "Did You Know" fact boxes, a "Snapshot" graphic with vital information, glossary, and index are included. Aligned to Common Core Standards and correlated to state standards. Big Buddy Books is an imprint of Abdo Publishing, a division of ABDO.