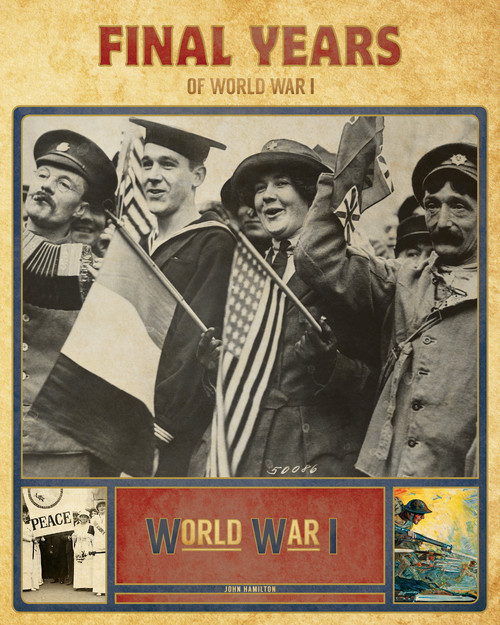 Final Years of World War I

World War I is known as the "war to end all wars." In this title readers will learn about the final years of World War I, including Russia's collapse and continued threats from Germany that forced the USA to join. Final battles and strategies are explained along with the descriptions of peace treaties and lasting effect of the war. Aligned to Common Core Standards and correlated to state standards. Abdo & Daughters is an imprint of Abdo Publishing, a division of ABDO.