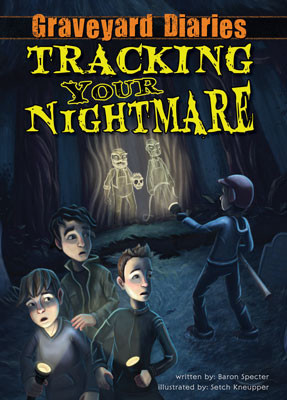 Jared Jenson lives next to Woodland Cemetery at the far corner of Marshfield. He used to think it was funny that he and his best friend, Stan, live by cemeteries, but now it's starting to creep him out. In his dreams each night, he sees people dragging bodies through the cemetery . . . until he is dragged for real! Ghostly grave robbers think he is supposed to be buried in the Potter's Field grave. Can Jared, Stan, and the rest of the Zombie Hunters track down Jared's nightmare and free them all from the grave robbers before it's too late?