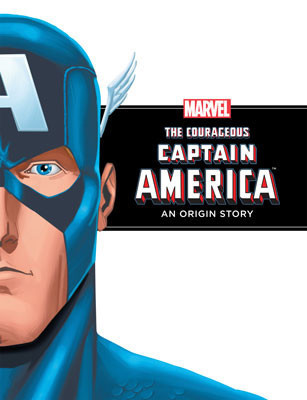 Captain America wasn't always the strong, amazing soldier. Learn about his humble beginnings in The Courageous Captain America. When Steve Rogers wanted to join the Army to fight the evil powers, he was denied. But when the military accepts him in a super secret experiment called Rebirth, he is transformed into the super soldier ready to save the world as Captain America!

Marvel Picture Books is an imprint of Spotlight, a division of ABDO.