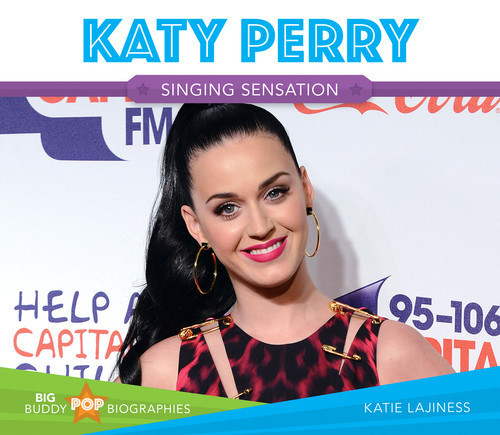 Meet singing sensation Katy Perry! In this engaging title, readers will learn about Perry's childhood in California, and follow her career from her early work in faith-based music, to her first album One Of the Boys with its Grammy Award winning single "I Kissed a Girl, and her second album Teenage Dream which garnered four Grammy Award nominations. Her third album Prism is covered, as is her television work and her record label Metamorphosis Records. Table of contents, map, "Did You Know" fact boxes, a "Snapshot" graphic with vital information, glossary, and index are included. Aligned to Common Core Standards and correlated to state standards. Big Buddy Books is an imprint of Abdo Publishing, a division of ABDO.