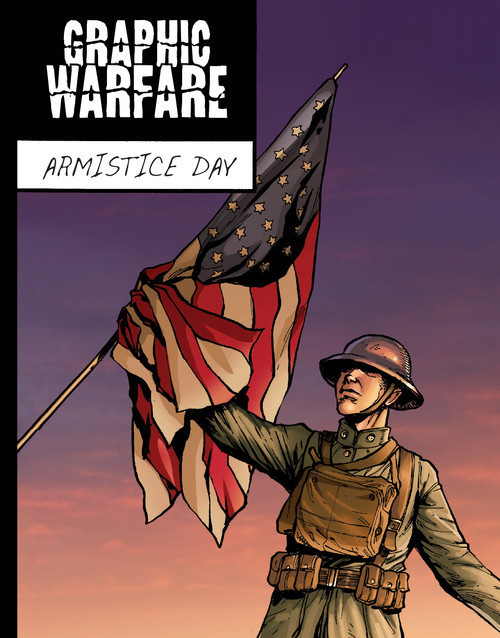 History comes alive in this nonfiction graphic novel! Readers will follow along as World War I is detailed, from its genesis in the Industrial Revolution to its conclusion on the eleventh hour of the eleventh day of the eleventh month in 1918, Armistice Day. Innovations in warfare such as battleships, submarines, airplanes, aircraft carriers, and zeppelins are introduced, as are the horrors of trench warfare and poison gas. Readers will learn of the many treaties meant to ensure peace after the war, early celebrations of the armistice, and the holiday's evolution to Veteran's Day in the United States. Table of contents, maps, biographies of key players, war statistics, and a glossary and index are included. Aligned to Common Core standards and correlated to state standards. Graphic Planet is an imprint of Magic Wagon, a division of ABDO.