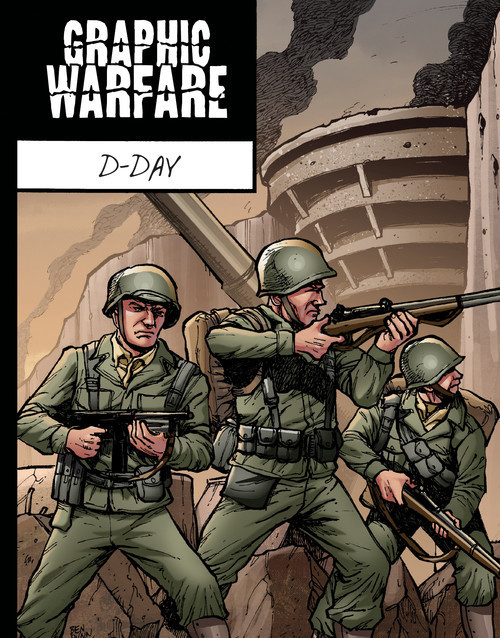 History comes alive in this nonfiction graphic novel! Readers will follow along as World War II is detailed, from its genesis in the aftermath of World War I, through the rise of Adolf Hitler, and the development of the Atlantic Wall to repel an Allied invasion across the English Channel. Operation Overlord is examined, from early planning, destruction of German infrastructure, and the gathering of men and supplies in England for D-Day, June 6, 1944, the largest military invasion in history. The Normandy beach landings are detailed, as is the Allied Powers' successful assault eastward from France, the liberation of Europe, Hitler's death, and VE Day. Table of contents, maps, biographies of key players, war statistics, and a glossary and index are included. Aligned to Common Core standards and correlated to state standards. Graphic Planet is an imprint of Magic Wagon, a division of ABDO.