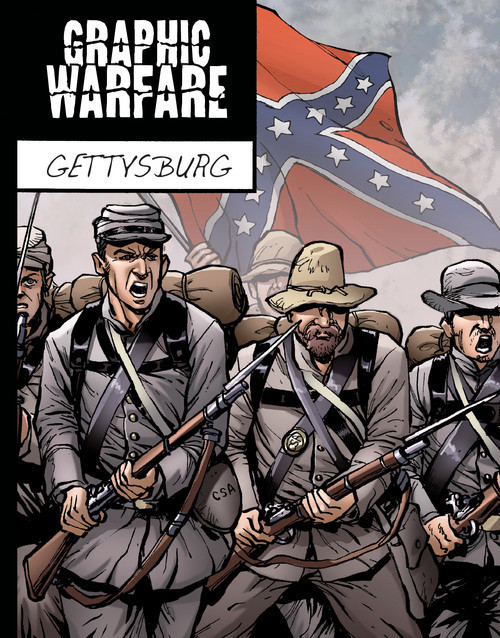 History comes alive in this nonfiction graphic novel! Readers will follow along as the Civil War is detailed, from its genesis in the divergence of Northern and Southern economic circumstances and the South's adherence to slavery. Follow the action from the attack on Fort Sumter to Robert E. Lee's decision to invade the North at Gettysburg, Pennsylvania. Thee days of battle are examined as the Union fights and finally defeats the Confederacy in the bloodiest battle of the war. Abraham Lincoln's Gettysburg Address and the consecration of Gettysburg National Cemetery are also included. Table of contents, maps, biographies of key players, war statistics, and a glossary and index are included. Aligned to Common Core standards and correlated to state standards. Graphic Planet is an imprint of Magic Wagon, a division of ABDO.