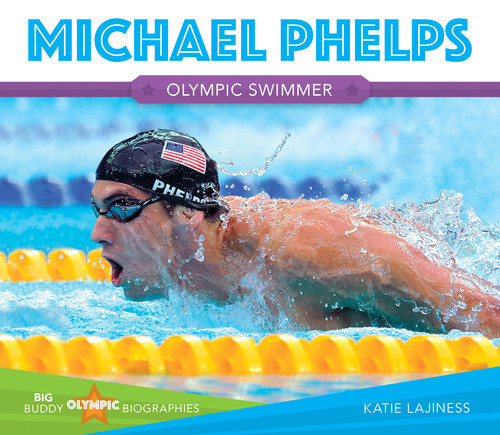 Meet Olympic swimmer Michael Phelps! Phelps's life story is examined from his childhood in Maryland where he began swimming at age eleven on his way to five world championships. Learn about Phelps's Olympic career in the Sydney, Athens, Beijing, London, and Rio de Janeiro games throughout which he won 23 gold, 3 silver, and 2 bronze medals. Aligned to Common Core Standards and correlated to state standards. Big Buddy Books is an imprint of Abdo Publishing, a division of ABDO.