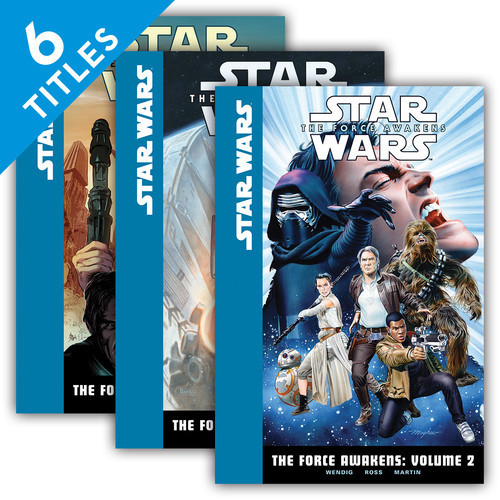 Three decades after the Rebel Alliance destroyed the Galactic Empire, a stirring in the Force brings a young scavenger named Rey, a deserting Stormtrooper named Finn, an ace pilot named Poe, and a dark apprentice named Kylo Ren's lives crashing together as the awakening begins. Aligned to Common Core Standards and correlated to state standards. Spotlight is a division of ABDO.