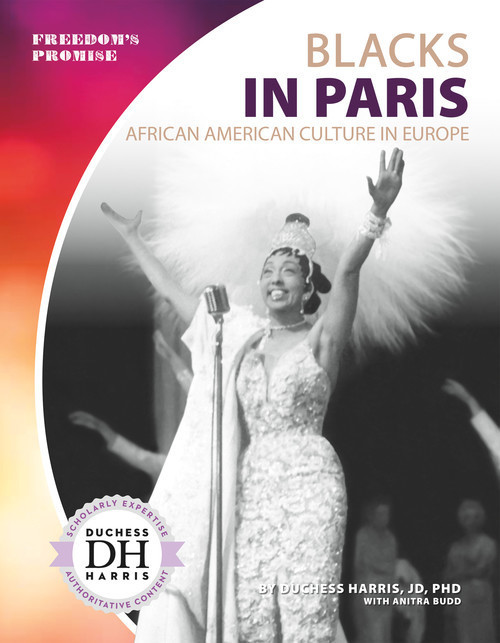 After World War I, many African Americans found a welcoming home in Paris while the fight for civil rights continued in the United States. African American soldiers, writers, performers, and activists influenced French society. Blacks in Paris: African American Culture in Europe explores the legacy of African Americans in Paris. Aligned to Common Core Standards and correlated to state standards. Core Library is an imprint of Abdo Publishing, a division of ABDO.

The book’s widely spaced lines of text, informative sidebars, and well-chosen archival photos look attractive, while the short sentences and interesting details make the text quite readable. An inviting volume from the Freedom’s Promise series.