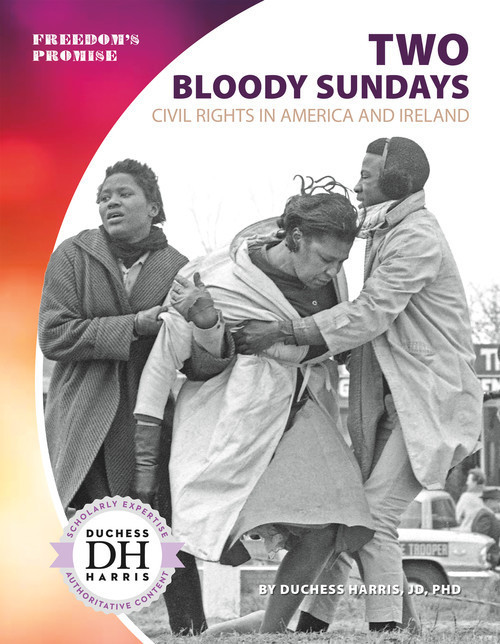 In the 1960s, African Americans protested for equal rights in the United States. In the 1970s, Catholics demanded equality in Northern Ireland. Catholics were influenced by the American civil rights movement. But peaceful protests erupted into violence on two fateful days. Two Bloody Sundays: Civil Rights in America and Ireland explores the legacies of the Bloody Sunday in Alabama and the Bloody Sunday in Northern Ireland. Aligned to Common Core Standards and correlated to state standards. Core Library is an imprint of Abdo Publishing, a division of ABDO.