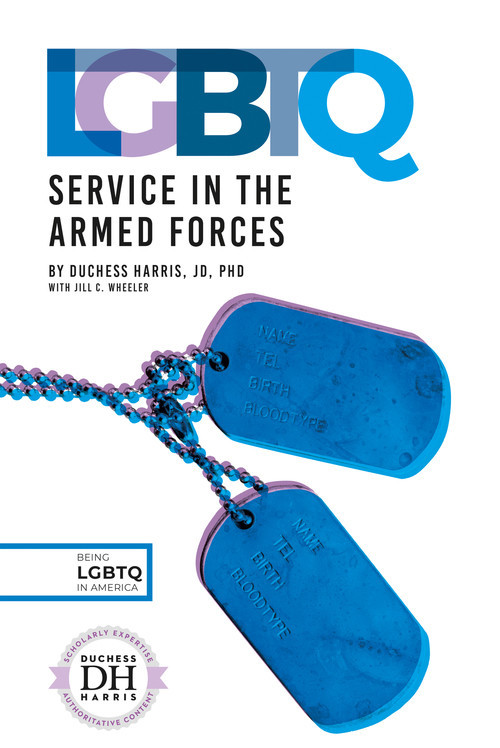 LGBTQ Service in the Armed Forces

LGBTQ Service in the Armed Forces looks at enlisted LGBTQ people and legislation that made their experience in the US military difficult. It also discusses how LGBTQ soldiers served during times of war but were often discharged for their gender identity or sexuality after the war. Features include a glossary, further readings, websites, source notes, and an index. Aligned to Common Core Standards and correlated to state standards. Essential Library is an imprint of Abdo Publishing, a division of ABDO.

Sensitive and affirming, this excellent series emphasizes awareness and understanding. A must-have for all collections that serve teens.