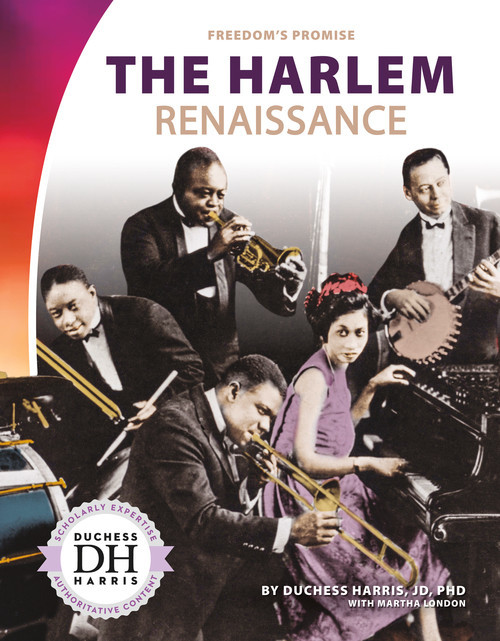 In the 1920s, many African Americans left the South to escape racial violence. Some settled in New York City's Harlem neighborhood. Black artists, writers, and musicians in Harlem ushered in a cultural revolution called the Harlem Renaissance. The Harlem Renaissanceexplores this movement and its legacy. Easy-to-read text, vivid images, and helpful back matter give readers a clear look at this subject. Features include a table of contents, infographics, a glossary, additional resources, and an index. Aligned to Common Core Standards and correlated to state standards. Core Library is an imprint of Abdo Publishing, a division of ABDO.