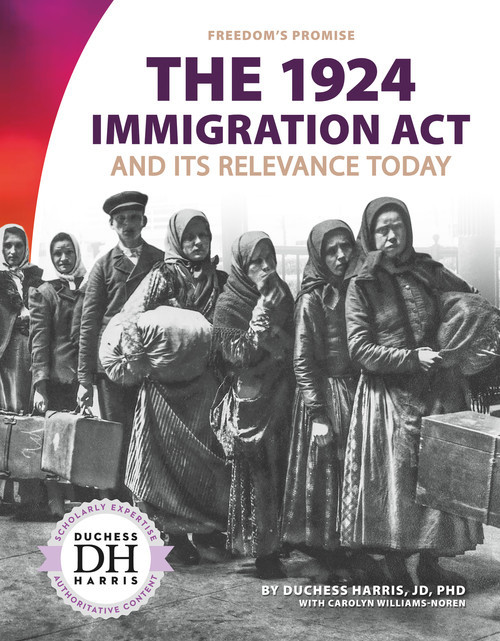 The 1924 Immigration Act and Its Relevance Today

Throughout US history, many immigrant groups have faced discrimination. This has sometimes led to laws that restrict immigration. The 1924 Immigration Act limited immigration from eastern and southern Europe.The 1924 Immigration Act and Its Relevance Todayexplores this act and how it has shaped modern immigration laws. Easy-to-read text, vivid images, and helpful back matter give readers a clear look at this subject. Features include a table of contents, infographics, a glossary, additional resources, and an index. Aligned to Common Core Standards and correlated to state standards. Core Library is an imprint of Abdo Publishing, a division of ABDO.