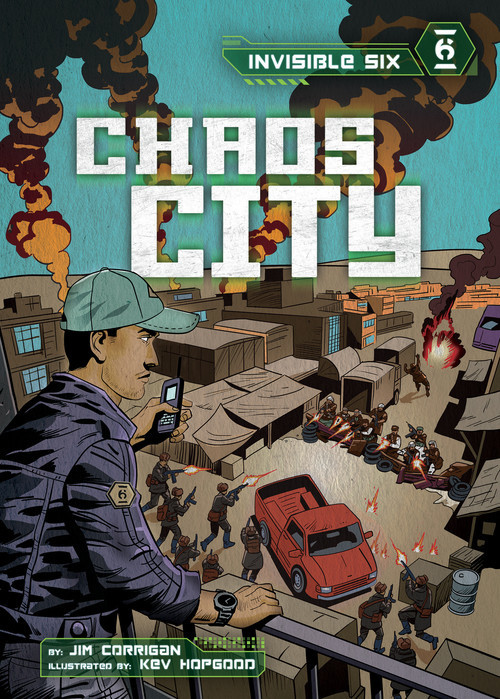 Special operative Shade is working out of the US embassy in Tek City, Tekistan, when fighting erupts between rebel and Tek government troops. The Americans are trapped in this rebellion, unless Invisible Six can escort them to safety. But the Tek government wants to take the American civilians as bargaining chips. Can Shade and I-6 help the civilians escape from Chaos City? Aligned to Common Core Standards and correlated to state standards. Claw is an imprint of Magic Wagon, a division of ABDO.