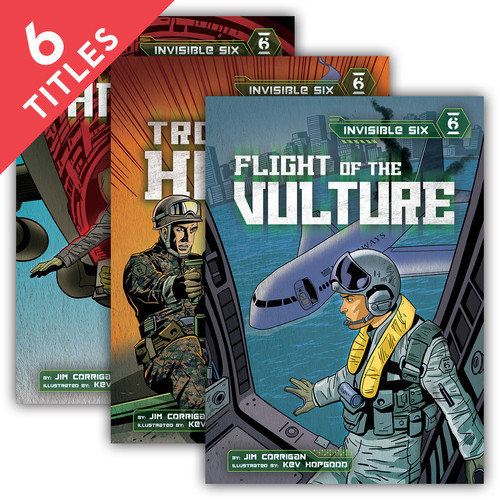 Six secret operatives are the military's top experts in covert ops and rescue missions. But this elite special force doesn't exist--at least not in the public eye. No one knows where they come from or to where they return. The group gathers for the most dangerous, most difficult, most important missions and often operate in extreme conditions. They are known only by their code name: Invisible Six. Aligned to Common Core Standards and correlated to state standards. Claw is an imprint of Magic Wagon, a division of ABDO.